What is Staff Augmentation: Roles and Responsibilities

It’s inevitable to have more than one staff member in a single department. Staff Augmentation is the team building process partially from some reputed firms. Let us know what is inside this article. 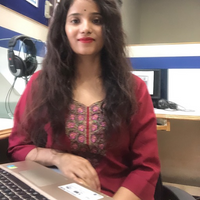 Staff augmentation and extended teams have become integral parts of a large number of software development companies around the world. After the dreadful pandemic of COVID-19, the tendency to acquire remote teams and distribute the work for an accelerated development process has emerged as a new trend. Besides filling the skill gap, staff augmentation can benefit your business in several different ways, check out our previous blog post to know the complete benefits.

Like mushrooms, a number of staff augmentation firms and corporations have risen around the globe which presented large software firms to ease down their burden. Therefore, finding an extended team for your work isn’t an Achilles heel anymore. However, deciding and distributing roles and responsibilities among your in-house and the extended teams may come out as a grueling process, If not done strategically. Organizations that overlook a thorough analysis and the significance of splitting the roles and responsibilities of their augmented teams may suffer from the delayed project or missed deadline issues.

There’s a term known as ‘Sustainable Distributed Development Process’. Big and successful companies take this term very sincerely and they understand that a flawed distribution process can cause an imbalance in your in-house and remote teams’ efforts which can further take a toll on the entire project.

Here is how you can prevent such imbalance in your augmented staff with a few simple considerations:

Responsibilities: A project owner constantly communicates with subject matter experts to lay out the blueprint of the project. While keeping a backlog of the project, he prioritizes different tasks over another. He keeps the track that the project doesn’t go out of the scope of your business target.

Responsibilities: A solution architect evaluates the existing constraints and analyzes them with the available business needs and requirements. He lays out a defined plan (aka architecture) according to which the whole team gets a path to follow in order to fulfill that business goal. He plays a supporting role with different teams and suggests to them which tools and environment will be perfect to complete the project effectively and efficiently.

Responsibilities: A project coordinator’s role is always significant. He monitors two or more working groups and notes their activities. If the need arises, he works as a coordination and communication stream for different working groups. You will always find the relevant and important documents handy with the project coordinator which he shares with different project teams according to the requirements. He works as a record holder for the entire company with records such as financials, timeframes, progress, outcomes, and scope. He also provides intra-team support to stakeholders, teams, and project managers. Resource evaluation and providing assistance in their allocation is also one of his responsibilities.

Responsibilities: As we know well that the shoulders of project managers are always burdened with an abundance of work and responsibilities. From managing schedule, budget, and current project activities, he also analyzes any issues that suddenly arise while the project is under development. It’s one of his core jobs to carry out a risk mitigation strategy and manage resources in the real-time to save time and cost both effectively. He carefully reads all project reports and strives to maintain a high grade of technical quality in the overall project. He makes sure that any hurdle that pops up during the project flow is taken care of efficiently.

Responsibilities: Technical leaders are the people who act as a mentor and are responsible to monitor and guide the development team. They basically have an overall understanding of the entire project including its goals and technical aspects hence, It’s their responsibility to guide their tech engineers to use the most suitable technical approaches and techniques that foster effective product development.

Responsibilities: Software engineers write and implement efficient codes and scripts required to get the tangible results of all the planning and other initial efforts. There are two types of developers: Front End & Back End . While Front end developer’s work on what the end users will interact with, Back end engineers develop the server side infrastructure that supports the front end. Based on the already approved software model or structure, their work is performing average to medium technical actions, creating unit tests, coding etc. under the team lead supervision.

Responsibilities: A Quality Analyst enables the developers and designers to fix the potential issues of software before the final product launch with rigorous testing. They make sure that the required level of quality is achieved and the final product is flawless.

Responsibilities: A UX/UI designer is responsible to understand the exact business needs and objectives and create user-centered designs accordingly. Ensuring maximum usability and functionality, they convert your vision into an engaging and intuitive user interface that is user friendly.

Believe it or not, Staff Augmentation is the need of the hour and so is the splitting roles and responsibilities. While you can choose to go without it, the pace of your firm’s software development process might be limited by a number of factors. Considering that, your firm’s delivery capacity will be affected by a great amount. Other benefits that a beautifully managed remote team can achieve are flexibility and cost-effectiveness. Customers like nothing more than a timely delivery of a product that is flawless in every aspect. Additionally, in a properly controlled, monitored, and managed way, augmented staff can generate extremely satisfying results.